Gems amongst free e-books from Barnes and Noble

If you are an owner of the Nook by Barnes and Noble, you may want to take advantage of their special offer going on through January 17. Barnes and Noble is offering several titles from Kaplan Publishing for free! Go here to check out the books.

Most of the books seem academic in nature; there are, after all, nearly 3 pages of AP, SAT, and ACT test prep books. But, the special is offering a handful of gems too. Here are a few titles that piqued my interest and made it into my e-book library:

Gifts with a conscience

Change.org has put together a Holiday Gift Guide featuring a variety of creative and thoughtful gifts that "advance the causes you and those close to you are passionate about."

Here are three of my favorite ideas from the gift guide:

For Human Rights Activists: Artsy designs and compelling causes make Rosa Loves t-shirts great gift ideas. Each design is tied to a specific story and human rights-related need, and the profits go toward meeting that need. Once the goal has been met, the shirt goes out of production, making each design a limited edition.

For the Sustainable Foodie: Sign up for a Community-Supported Agriculture (CSA) membership. A CSA entitles members to a regular delivery or pick-up of fresh, seasonal produce from a farm near them – a healthy choice for consumers and for the planet. To find a CSA near you or your loved ones, use LocalHarvest’s online CSA locator.

Click here to check out the rest of the guide.

Stay tuned for PLT's own personal holiday gift guide!
Posted by Bianca at 9:43 PM No comments:

Little kids like this make me feel so unaccomplished. Still, watch the video, because it's really impressive.

Posted by Bianca at 7:32 PM No comments:

Yeah, that about sums it up

How every single discussion about sexism and woman-type stuff on the internet (and real life) has ever happened and ever will happen, always, forever, until the earth finally falls into the sun. (Or until the patriarchy is dismantled.)

Posted by Pretty Little Things at 8:03 AM No comments: 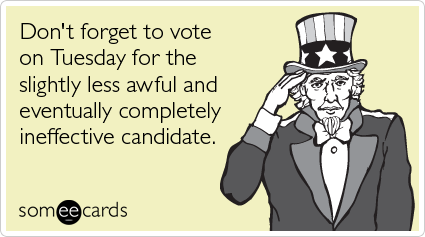 All pessimism about this midterm election aside, go vote! Seriously!
Posted by Bianca at 7:00 AM No comments:

I'm sitting here watching the TV Special "Women of SNL" (Check it out if you're not!) They just aired this clip. This was a special edition of Weekend Update - "Women's News."

Recently, some ladies from Hollaback NYC gave testimony to the Council about their experiences with catcalling and harassment. The group is pushing the city to commission a study, a public awareness campaign and maybe even legislation, including "no-harassment zones" around schools, according to NBC New York.

This has spurred some controversy for a few years. There are questions of legislation potentially interfering with First Amendment rights and there is concern over whether this is the wisest way to use lawmakers' time as well as taxpayer dollars.

Fair points. However, as one Hollaback speaker said,

"Because of street harassment, from a young age women learn that public spaces are male territory," Kearl said. "They learn to limit the places they go, they try not to be in public alone — especially at night — and when they are alone, they stay on guard."

Street harassment is a systemic problem that is way too normalized in our culture. I remember the first time I was catcalled, back when I was in high school. I was embarrassed but otherwise didn't think much of it. I thought it was just a part of being a female, but that's an attitude that should no longer be tolerated.

If using taxpayer dollars is not the way to deal with this problem, what is? We should be teaching children from a young age to respect other people as well as respect others' personal space - that way we can get at the root of the problem. But for now, a public awareness campaign and legislation to protect school kids seems like the best solution we've got.

Either way, here's to the Hollaback ladies for taking such a strong stand on the issue.
Posted by Bianca at 9:16 PM No comments: